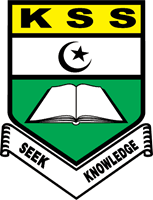 To produce a morally educated individual with skills and knowledge for self and national development.

To produce a skilled dependable individual

70 years on the academic throne

On a lush green hill, amid the towering trees and high rise buildings, Kibuli Senior Secondary School sits like a queen watching over her subjects. From her vantage point, she has her eyes on the sprawling splendor of Kampala city centre and Kololo hills on the other side of town. You have to marvel at her throne, bestrode by the tiny urban tenements and basking in the green glory of Kibuli Mosque. There is everything majestic about this school which sits on a land of royalty and which holds regal sway over other schools in academics, religion and culture.

Kibuli SS started small, in 1945 as a junior school on an 80 acre piece of land donated by the late Prince Badru Kakungulu, who's fondly referred to as the the grandfather of Ugandan muslims. According to the official alumni magazine, the school was set up mainly to educate Muslim children many of whom had missed attending the largely Christian schools. “In the 1950s, Muslims were not being admitted to big schools like Budo and others…” recalls Hajj Abubaker Kakembo Sekyaya, an Old Boy of the school. The establishment of Kibuli SS therefore offered the many brilliant Muslim students easy access an education.

In 1960, the school upgraded to a secondary school. Even though it had been established as a school for Muslims, it admitted non-Muslims. In 1962, the school was taken over by Government, becoming one of a growing number of such schools. And after nearly eight years without a higher section, it acquired an A level section in 1968. From the modest structures, Kibuli SS acquired modern buildings through the World Bank’s International Development Agency (IDA) project couple with financial assistance from the Aga Khan Foundation, parents and benefactors.The school grew through very difficult times in the 1970s, picking up the pieces and pacing to the very top in the 80s and 90s and well through

2000. For so many years the giant of sporting activities in Uganda, this school dominated the national post-primary football competitions from the 80s until very recently.

The headmaster fondly recalls how Kibuli SS groomed many talented sports men that went on to play outstanding roles in sports and other fields in this country. Indeed, notable Uganda sports personalities such as Mujib Kasule, Sam Ssimbwa, Mike Mutebi, Sarah Kanyike and many others are products of this school. Kibuli SS not only developed their sports talents, but also their academic abilities. Apart from football, the school also clinched major titles in netball, basketball in both boys’ and girls’ sporting categories. Alongside the sport, rigorous academic excellence and strict discipline reigned. True to this trend, Kibuli SS ruled the academic world for many years, rubbing rivalry shoulders with the Kisubi’s, Budo’s, Gayaza’s of this world. The fierce competition in private schools notwithstanding, the school continues to hold its own even now; producing some of the best students in this country.

“It has been the ethos of our school to produce well rounded students,” says Engineer Moses Gava, “That is why Kibuli SS has produced very influential citizens.”Some of the notable Old Boys include: Engineer Badru Kigundu of the Electoral Commission chairman, prominent politician Jaberi Bidandi Ssali, famous academic and businessman Prof Badru Kateregga, Nabisunsa Girl’s school head teacher, Hajat Aisha Lubega and renowned army man Brigadier Henry Tumukunde.
Seventy years on, the school has grown from a little over 20 students in 1945 to 1894 now. With girls comprising only about 500 of the total population, balancing up the numbers remains a challenge. “We are working to admit more girls and achieve a 1:1 girl to boy ratio,” he says. Plans, he added, are also under way to build a girl’s hostel to boost girl child enrollment. “Old boys, girls and well-wishers are encouraged to contribute to this noble cause.” Many Kibuli old students believe theirs is the ‘only school’. As their quest for knowledge continues, the world is watching and waiting for even better results.